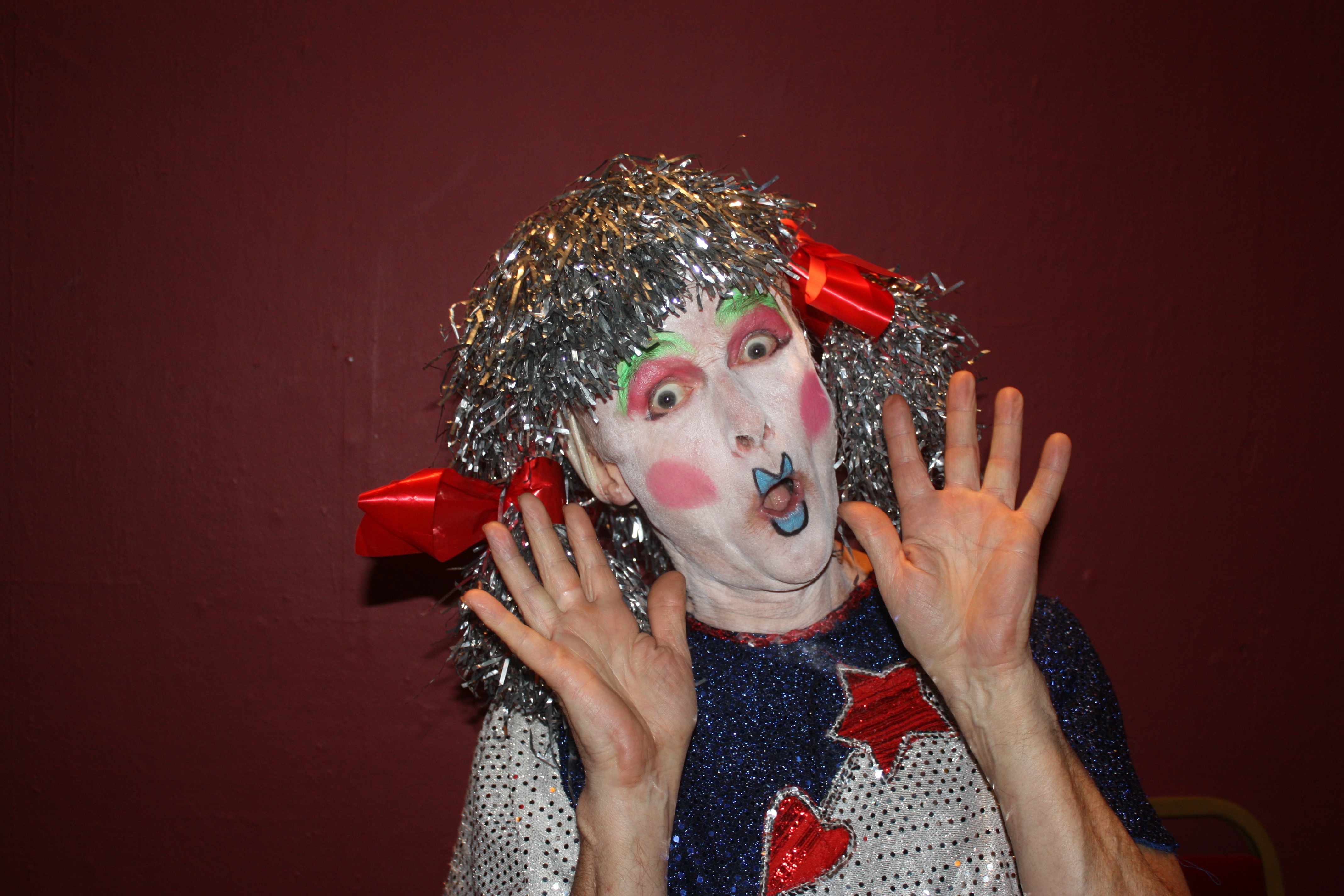 The first draft of the panto poster is well on the way. Ugly sister, Eddie Francis, is taking a few weeks off from rehearsals for a holiday so we rushed him into wig and make up so that we could get a quick pic and not delay the poster production.

Tickets for our January/February pantomime  have been on sale for a few days now.  I’m delighted to notice that we have already sold tickets well into double figures.  That’s before we begin any kind of promotion.  Having said that, I did also notice that the Lincolnshire Echo did a half page panto piece this week which announced that Dick Whittington, Peter Pan and Cinderella were coming to Lincoln Theatre Royal, the Drill Hall and The Broadbent Theatre.  They used a photo from our production last year of Sleeping Beauty.  We clearly need to get the new promotional material out to them as soon as possible.

Tickets and further information for Cinderella at the Broadbent Theatre are available at broadbent.org

← Is it time for a change? Competition time!
Lindsey Rural Players present “Lilies on the Land” →