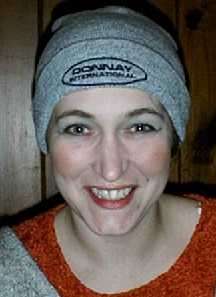 We are sad to hear that Michelle Boryszczuk passed away this morning at 6:15am.

Michelle was an active member of the Lindsey Rural Players for around three years at the end of the last century.  I will always remember her as The Princess Pearl in the panto Sinbad the Sailor for it was then that I made a rare appearance on stage as her father, The Caliph of Constantinople.

Michelle wasn’t just a princess.  She also demonstrated her many talents as a singer, director and poster designer as well as set designer, painter and builder. 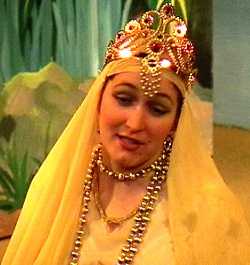 Michelle, who was just 44, had been suffering illness for the last few years.  She had a hereditary form of dementia, the same condition suffered by her father who also died young.

As the Alzheimer’s took hold, Michelle would show signs of the events she was able to remember.  At the end of 2011 her husband, Steve, told us that whenever they drove past the Broadbent Theatre, Michelle would show signs of remembering the place with happiness.  I am pleased that we were able to invite Steve and Michelle into the theatre to watch one of the rehearsals of Sleeping Beauty take place.

Michelle’s health had deteriorated during the last two weeks when she suffered a stroke at the end of April followed by pneumonia a few days later.  Steve remained by her side throughout.

← We need you! Help run a small theatre.
With apologies to RAF Scampton… →

8 comments for “Obituary: Michelle Boryszczuk. Not just a princess.”